Fake News and Information Literacy: About

Resources to equip students and the general public to identify reliable sources of news and other information. 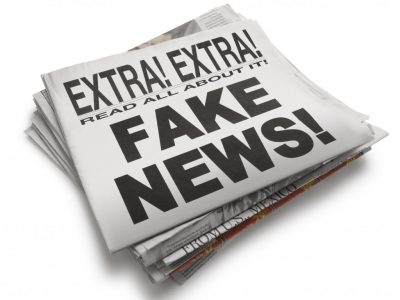 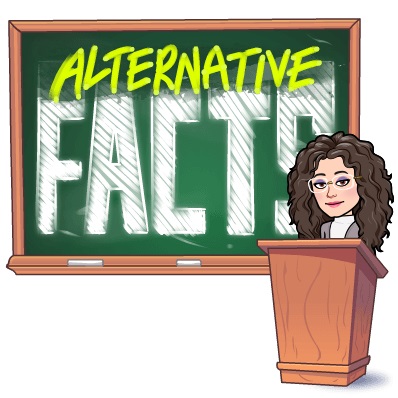 Did your mother call you to tell you about that new miracle cure for Alzheimer's disease?  Did your Facebook feed pop up with an article on  a factory farm of pigs intended for human transplant harvesting?  Did one of your friends breathlessly tell you that Sargento Cheese will kill you?  You might have heard any or all of these stories, but there's one thread connecting all of them: they're not true.

The ability to tell accurate news from fake news is an important skill that you'll use for the rest of your life.  This Guide will give you valuable insight in telling fact from fiction online, plus a chance to exercise your newfound skills.

If you find any broken links, please email this Guide owner.

Alternative Facts: Introduced into our current political discourse by Kellyanne Conway, Counselor to President Trump, as she defended White House Press Secretary Sean Spicer's claim about the size of the 2017 inauguration on NBC's Meet the Press.

You're saying it's a falsehood and Sean Spicer, our press secretary, gave alternative facts to that. - Kellyanne Conway

Clickbait: something (such as a headline) designed to make readers want to click on a hyperlink especially when the link leads to content of dubious value or interest. (Merriam Webster)

Confirmation Bias: Confirmation bias refers to processing information by looking for, or interpreting, information that is consistent with one's existing beliefs. This biased approach to decision making is largely unintentional and often results in ignoring inconsistent information. Existing beliefs can include one's expectations in a given situation and predictions about a particular outcome (Britannica.com).

... [Is] a concerted effort by a website or other form of media to fabricate information in order to influence political opinion or win financial gain. Perhaps the most insidious component of these kinds of hoaxes is that quite often, they simply sound plausible, especially to people who want to believe them. That’s because such stories can frequently be based on a kernel of true information, but portray it out of context or surrounded by made-up details.

Propaganda is a mode of communication used to manipulate or influence the opinion of groups to support a particular cause or belief. Over the centuries, propaganda has taken the form of artwork, films, speeches, and music, though it's not limited to these forms of communication.

Though its use is not exclusively negative, propaganda very often involves a heavy emphasis on the benefits and virtues of one idea or group, while simultaneously distorting the truth or suppressing the counter-argument. For example, the Nazi party rose to power by promoting the idea that it would lead Germany out of economic depression, which it claimed was, among other things, the result of Jewish people stealing jobs from hard-working Germans. (Study.com).

PsyOp: A variety of techniques that seek to influence the emotions, attitudes, and behavior of selected audiences in support of political and military objectives. Psychological warfare, also known as psychological operations (PSYOP), usually connotes nonlethal attempts to gain advantage over the enemy.

The fundamental mission of PSYOP has remained the same since World War I: to “convey selected information indicators to foreign audiences to influence their emotions, motives, objective reasoning, and ultimately the behavior of foreign governments, organizations, groups, and individuals.” However, the methodology of conducting global planning and missions has continuously evolved to changes in social, behavioral and political environments, employing cutting-edge technologies, and modern influence strategies (www.goarmy.com).

Satire: is considered a literary genre; it is often used in the performing arts; and it is used to highlight human folly, vice, abuse, or shortcomings to affect a change in attitude, action, or belief. 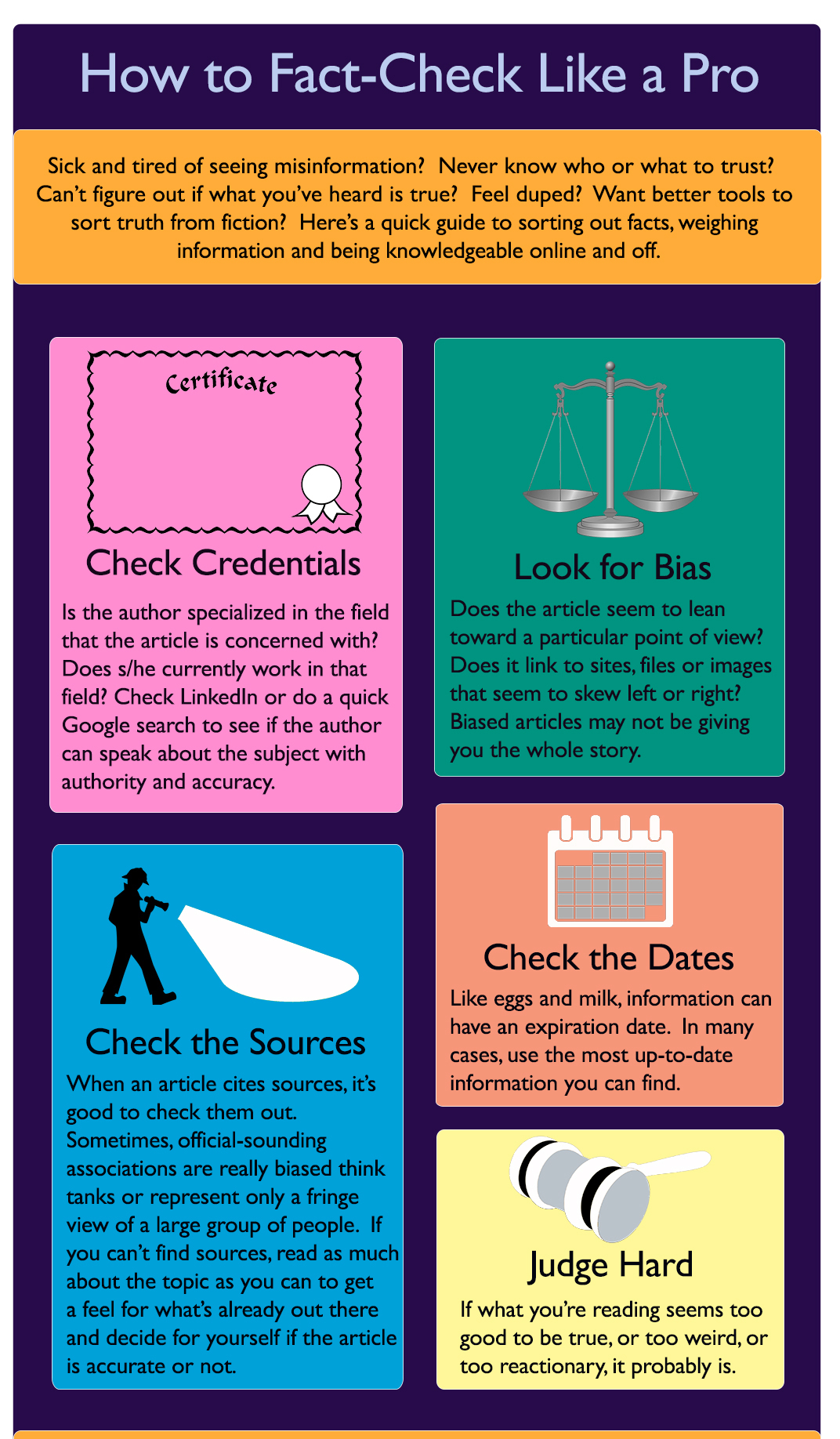 How to tell a fake 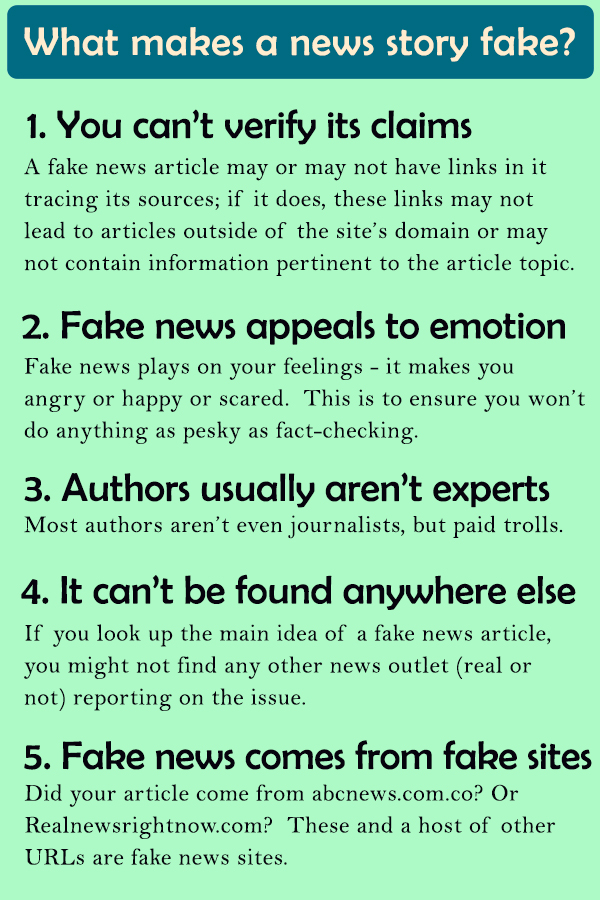 What kinds of fake news exist?

There are four broad categories of fake news, according to media professor Melissa Zimdars of Merrimack College.

CATEGORY 1: Fake, false, or regularly misleading websites that are shared on Facebook and social media. Some of these websites may rely on “outrage” by using distorted headlines and decontextualized or dubious information in order to generate likes, shares, and profits.

CATEGORY 2: Websites that may circulate misleading and/or potentially unreliable information

CATEGORY 4: Satire/comedy sites, which can offer important critical commentary on politics and society, but have the potential to be shared as actual/literal news

No single topic falls under a single category - for example, false or misleading medical news may be entirely fabricated (Category 1), may intentionally misinterpret facts or misrepresent data (Category 2), may be accurate or partially accurate but use an alarmist title to get your attention (Category 3) or may be a critique on modern medical practice (Category 4.)  Some articles fall under more than one category.  Assessing the quality of the content is crucial to understanding whether what you are viewing is true or not.   It is up to you to do the legwork to make sure your information is good.

What is "Confirmation bias"?

What are Confirmation Bias Examples?

"Confirmation bias is the tendency for people to selectively search for and consider information that confirms already held beliefs. People also tend to reject evidence that contradicts their opinions." This page has some examples of confirmation bias.